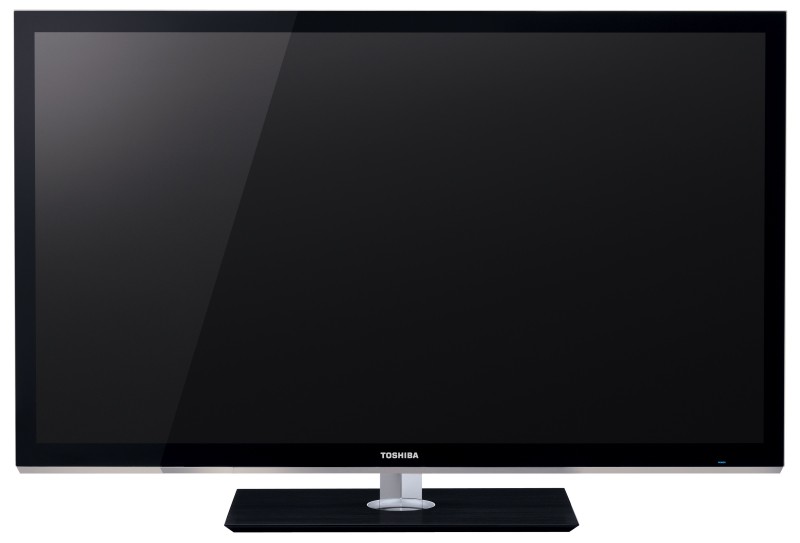 The BDX3000 is an integral part of Toshiba’s 3D product family, with the ability to play the latest 3D Blu-ray titles3, standard Blu-ray Discs and DVDs at the highest quality possible. It also features HD audio and a variety of streaming content4, for a complete, cutting-edge home entertainment system.

The VX700 is formidable in its own right employing many of the same feature benefits of the Cinema Series brand, but targeting consumers not looking for 3D. This set also boasts advanced LED backlighting driven by Toshiba’s latest PixelPure® 5G video engine for exceptional colors, contrast, and clarity with both HD and SD content, and ClearFrame™ 120Hz processing that reduces blurring from swift action.

“With the new Toshiba Cinema Series models, we have created a brand of televisions that provides consumers with luxurious design, exciting features, high quality, and pride of ownership, without sacrificing true value and ease of use,” said Scott Ramirez, Vice President of Product Marketing and Development, Television and Digital A/V, Toshiba America Information Systems. “Toshiba’s new Cinema Series models are clearly positioned to exceed consumers’ performance and design expectations. By adding our new enhanced 3D experience, the WX800 provides a home theater experience which truly distinguishes itself from all others.”

Boasting an ultra-slim depth of less than 1.2 inches, and Toshiba’s high-style flush front design with sleek chrome trim and eye-catching illusion stand, the WX800 Cinema Series is not only Toshiba’s first-ever 3D HDTV, but also one of the company’s most meticulously designed and engineered to date. The WX800 delivers an unparalleled viewing experience with technologies such as 3D Resolution+® which delivers crisp, clear 3D content that can transform a room into an incredible 3D theater. 2 Versatile as it is beautiful, the WX800 processes multiple 3D input formats, including MPEG4-MVC, RealD, and select others for hassle-free enjoyment.

The WX800 is a diversified centerpiece for any home theater, especially with its ability to access Toshiba’s Enhanced NET TV™ service with Yahoo! Connected TV; a vast collection of favorite and brand new streaming content options await via a simple connection to the Internet, and a touch of the remote. The WX800’s built-in 802.11b/g/n Wi-Fi® capability allows for a simple, clutter-free method to instantly access tens of thousands of TV episodes and movies from Netflix®, enjoy over 3,000 HD movies, video podcasts, and more from VUDU™, catch up with friends and family on Facebook® and Twitter®, and explore new videos and photos on YouTube®, Flickr®, and more. 4

Wired connectivity is also key with the WX800, which has four HDMI® connections with InstaPort™ fast input switching, and the convenience of HDMI-CEC to control other CEC enabled devices using a single remote. 5 A ColorStream® component input and high resolution PC input make it simple to connect a wide variety of video sources to the WX800.

The WX800 Cinema Series is available in 55-inch and 46-inch screen sizes (measured diagonally at 54.6 inches and 46.0 inches respectively).

The Toshiba VX700 Cinema Series model includes many of the same innovations as the flagship WX800, making it an exceptional choice for home theater enthusiasts and style aficionados not looking for 3D. The VX700’s LED edge lighting system achieves a high 5M:1 dynamic contrast ratio, and enables the set to show content with rich, lifelike detail, especially with the support of Toshiba’s ClearFrame™ 120Hz technology. Videophiles will appreciate the wide range of adjustments and controls found on the VX700 (and the WX800). Expert Model and ColorMaster™ allow easy access to advanced color and gamma settings, for fine tuning the picture performance to individual preference and perfection. Though the VX700’s speakers are “invisible” when looking at the outside of the set, the distinguished sound they can produce is clearly noticeable, with Dolby® Volume for a consistent volume level when changing channels or sources, Audyssey EQ® processing, dynamic bass boost, and voice enhancement.

Built-in Wi-Fi® connectivity is also included on the VX700 for bringing the world of Enhanced NET TV™ with Yahoo! Connected TV into the living room. Like the WX800, other available content and entertainment includes Netflix®, VUDU™, Pandora® Internet Radio that gives people personalized radio stations full of music they love , and even up-to-the-minute news and updates. 4 The VX700 also includes two USB ports, an SD/SDHC card slot, and support for DLNA® file sharing, making it easy to watch videos, view photos, and listen to music saved on cameras, portable drives, a networked PC and elsewhere, right on the big screen.

When it comes to appearances, whether turned on or off, the VX700 is a style-focused addition to any room. At just over an inch thick, the VX700 and its functional design looks ideal either mounted on a wall, or connected to an “Illusion™” swivel stand. And with a new flush front design, the VX700 carries a truly seamless look between the screen and the outside edges of the bezel for an added touch of sophistication.

The VX700 Cinema Series is available in 55-inch and 46-inch screen sizes (measured diagonally at 54.6 inches and 46.0 inches respectively).

1. 3D Feature Health Precaution: Due to the possible impact on vision development, viewers of 3D programming should be age 6 or above. Children may be more susceptible to health effects from viewing 3D images and should be closely supervised. Some viewers may experience a seizure or blackout when exposed to certain flashing images or lights contained in certain 3D television pictures or video games. Anyone who has had a seizure, loss of awareness, or other symptom linked to an epileptic condition, or has a family history of epilepsy, should contact a health care provider before using the 3D function of this product.
2. Viewing 3D content with the WX800 requires Toshiba 3D glasses, BDX3000 3D Blu-ray Disc™ player and 3D capable HDMI cable all sold separately.
3. BDX3000 is designed to play back Blu-ray discs that comply with the 3D specifications of Blu-ray Disc Association. It is not compatible with other 3D specifications.
4. Third party internet services are not provided by Toshiba, may change or be discontinued at any time and may be subject to third party restrictions. Toshiba makes no representations or warranties about these services, which may require the creation of a user account through a computer with internet access and one-time and/or recurring charges. Some features may require an always-on broadband internet connection, firmware update and/or additional bandwidth. Some recordable media, cards or files may not be supported.
5. Use of HDMI®-CEC feature requires an HDMI®-CEC compatible peripheral device. Depending on the specifications of your device, some or all HDMI®-CEC functions may not work even if your device is HDMI®-CEC compatible.

The BDX3000, combined with Toshiba’s all-new WX800 Cinema Series 3D LED HDTV and a pair of Toshiba 3D glasses opens the door for a new way to enjoy select movies, shows, video games, and more*. With LED edge-lighting, Toshiba picture enhancements such as DynaLight™ control and ClearFrame™ 240Hz technology coupled with a thin design, the WX800 showcases the latest in three-dimensional digital entertainment at the highest quality.

“3D is changing the movie industry by creating new creative opportunities and consumer experiences. The new Toshiba BDX3000 allows everyone to bring 3D home, and create that immersive experience in the comfort of the living room.” said Scott Ramirez, Vice President of Product Marketing and Development, Television and Digital A/V, Toshiba America Information Systems. “The BDX3000 is the perfect complement to the new WX800 Cinema Series 3D HDTV, and just the start of Toshiba’s foray into the world of 3D.”

The BDX3000’s ability to play Blu-ray 3D TM Discs augments its broad range of features. Like Toshiba’s other Blu-ray players, the BDX3000 includes Wi-Fi® capability for wireless access to streaming movies, television shows, music, and more. At the push of a button, content from BLOCKBUSTER On Demand®, Netflix® , VUDU™, and Pandora® can be accessed instantly.** All three Toshiba models also include a standard Ethernet connection.***

All of Toshiba’s Blu-ray players support Full HD 1080p resolution at a smooth 24fps, upconvert standard DVDs to near HD quality, and can playback video, photos, and music from a USB or SD/SDHC card on a connected HDTV. With internet connectivity on Toshiba’s models, bonus features (BD-Live™ and Bonus View™) can be accessed, such as social networking and chat features, interactive websites and games, unique trailers, or commentary from directors, the cast, and more, as available on select Blu-ray discs.

** Third party internet services are available only in the U.S., are not provided by Toshiba, may change or be discontinued at any time and may be subject to third party restrictions. Toshiba makes no representations or warranties about these services, which may require the creation of a user account through a computer with internet access and the payment of one-time and/or recurring charges.

· Feature performance may vary and may also require an always-on broadband internet connection. Firmware update and additional bandwidth may be required.

· BD-Live™ may require an SD or SDHC card or USB memory with available storage capacity of at least 1GB (sold separately).

· Supported file types: JPEG, MP3, WMA, and AVCHD. Some recordable media, cards or files may not be supported.

· Because the Blu-ray format and 3D specifications use new technologies, certain disc, content, connection and other compatibility and/or performance issues are possible. Product specifications, information and availability are all subject to change without notice. 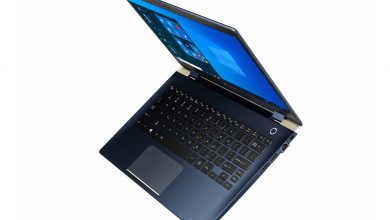 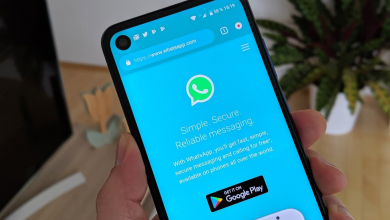 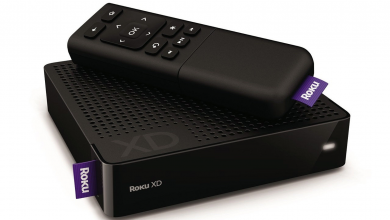 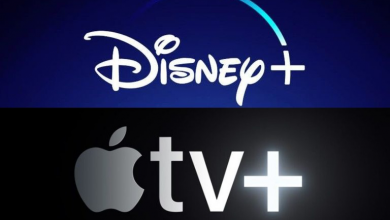 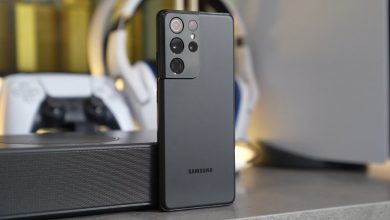 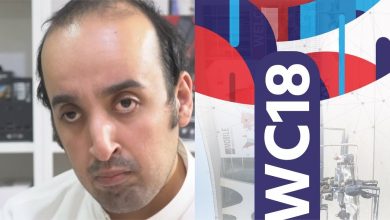 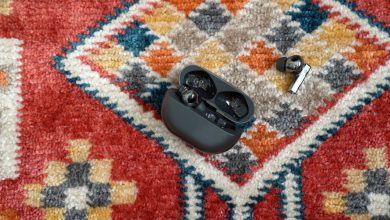 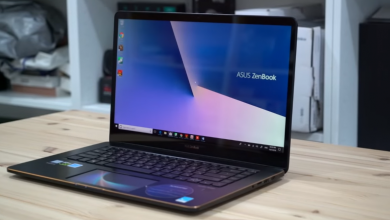 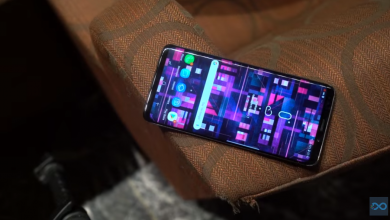 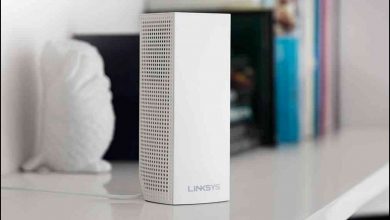