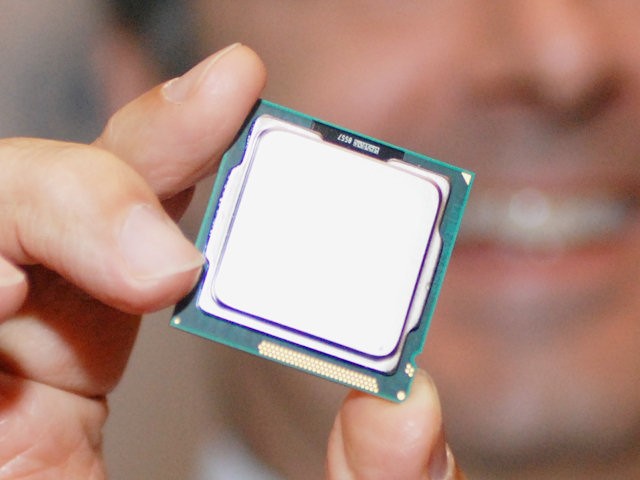 McAfee, Inc. (MFE) acquisition expected to close by the end of the first quarter

SANTA CLARA, Calif.–(BUSINESS WIRE)– As part of ongoing quality assurance, Intel Corporation has discovered a design issue in a recently released support chip, the Intel® 6 Series, code-named Cougar Point, and has implemented a silicon fix. In some cases, the Serial-ATA (SATA) ports within the chipsets may degrade over time, potentially impacting the performance or functionality of SATA-linked devices such as hard disk drives and DVD-drives. The chipset is utilized in PCs with Intel’s latest Second Generation Intel Core processors, code-named Sandy Bridge. Intel has stopped shipment of the affected support chip from its factories. Intel has corrected the design issue, and has begun manufacturing a new version of the support chip which will resolve the issue. The Sandy Bridge microprocessor is unaffected and no other products are affected by this issue.

The company expects to begin delivering the updated version of the chipset to customers in late February and expects full volume recovery in April. Intel stands behind its products and is committed to product quality. For computer makers and other Intel customers that have bought potentially affected chipsets or systems, Intel will work with its OEM partners to accept the return of the affected chipsets, and plans to support modifications or replacements needed on motherboards or systems. The systems with the affected support chips have only been shipping since January 9th and the company believes that relatively few consumers are impacted by this issue. The only systems sold to an end customer potentially impacted are Second Generation Core i5 and Core i7 quad core based systems. Intel believes that consumers can continue to use their systems with confidence, while working with their computer manufacturer for a permanent solution. For further information consumers should contact Intel at www.intel.com on the support page or contact their OEM manufacturer.

For the first quarter of 2011, Intel expects this issue to reduce revenue by approximately $300 million as the company discontinues production of the current version of the chipset and begins manufacturing the new version. Full-year revenue is not expected to be materially affected by the issue. Total cost to repair and replace affected materials and systems in the market is estimated to be $700 million. Since this issue affected some of the chipset units shipped and produced in the fourth quarter of 2010, the company will take a charge against cost of goods sold, which is expected to reduce the fourth quarter gross margin percentage by approximately 4 percentage points from the previously reported 67.5 percent. The company will also take a charge in the first quarter of 2011which will lower the previously communicated gross margin percentage by 2 percentage points and the full-year gross margin percentage by one percentage point.

Separately, Intel recently announced that it had completed the acquisition of the Infineon Technologies AG Wireless Solutions business, which will now operate as the Intel Mobile Communications group. The company also expects to complete the acquisition of McAfee by the end of the first quarter.

During the quarter, Intel’s corporate representatives may reiterate the Business Outlook during private meetings with investors, investment analysts, the media and others. From the close of business on March 4 until publication of the company’s first-quarter earnings release, Intel will observe a “Quiet Period” during which the Business Outlook disclosed in the company’s news releases and filings with the SEC should be considered as historical, speaking as of prior to the Quiet Period only and not subject to an update by the company.

This release contains forward-looking statements and projections based upon estimates of the impact of the chipset degradation issue on Intel’s future financial and operating results, including on revenue, gross margin, and inventory valuation, based on preliminary analysis and information which is subject to change. Among the factors relating to the chipset degradation issue that could cause actual results to differ are the number of units that may be affected, the impact on systems in the market, the costs we may incur in repairing or replacing impacted components the extent to which customers purchase parts from Intel’s competitors as a result of Intel parts shortages or otherwise, and the extent to which Intel is able to increase production of substitute or redesigned parts for customers.

Among the risks related to the McAfee and Infineon AG Wireless Solutions business (Infineon WLS) transactions that could cause actual results to differ are that the closing of the McAfee acquisition may be delayed or may not occur, and that Intel may not realize the anticipated benefits of the transactions if the products, markets and business prospects of Infineon WLS and/or McAfee are not as presently anticipated by Intel. In addition, other risks associated with the acquisitions include whether Intel will retain the customer relationships and key employees of Infineon WLS and McAfee and will successfully integrate the acquired technologies or operations. Each acquisition will also involve the potential for unexpected liabilities that could become the obligations of Intel following the closing(s) of the acquisition(s).

The updated Business Outlook for Q1 2011 and full-year 2011 includes assumptions and projections related to the revenue, gross margin, spending and other financial results of Infineon WLS and McAfee. These assumption and projections are based upon financial information obtained and estimated by Intel prior to closings of the transactions and prior to the integration of those businesses with the other business operations of Intel. Future business, integration, roadmap and other operations, and financial estimates, involving Infineon WLS and McAfee and the remainder of Intel are subject to change as post-closing integration and direct ownership of Infineon WLS and McAfee proceeds. In addition, the gross margin forecast reflects preliminary valuations of assets acquired or to be acquired in the Infineon WLS and McAfee acquisitions; however the allocation of the purchase price is not yet finalized and may be adjusted as Intel completes the valuation analyses.

Demand could be different from Intel’s expectations due to factors including changes in business and economic conditions; customer acceptance of Intel’s and competitors’ products; changes in customer order patterns including order cancellations; and changes in the level of inventory at customers.

Intel operates in intensely competitive industries that are characterized by a high percentage of costs that are fixed or difficult to reduce in the short term and product demand that is highly variable and difficult to forecast. Revenue and the gross margin percentage are affected by the timing of Intel product introductions and the demand for and market acceptance of Intel’s products; actions taken by Intel’s competitors, including product offerings and introductions, marketing programs and pricing pressures and Intel’s response to such actions; and Intel’s ability to respond quickly to technological developments and to incorporate new features into its products.

The gross margin percentage could vary significantly from expectations based on defects or disruptions in the supply of materials or resources; product manufacturing quality/yields; capacity utilization; variations in inventory valuation, including variations related to the timing of qualifying products for sale; changes in revenue levels; product mix and pricing; the timing and execution of the manufacturing ramp and associated costs; start-up costs; excess or obsolete inventory; changes in unit costs; and impairments of long-lived assets, including manufacturing, assembly/test and intangible assets.

Expenses, particularly certain marketing and compensation expenses, as well as restructuring and asset impairment charges, vary depending on the level of demand for Intel’s products and the level of revenue and profits.

The tax rate expectation is based on current tax law and current expected income. The tax rate may be affected by the jurisdictions in which profits are determined to be earned and taxed; changes in the estimates of credits, benefits and deductions; the resolution of issues arising from tax audits with various tax authorities, including payment of interest and penalties; and the ability to realize deferred tax assets.

Intel’s financial results could be affected by gains or losses from equity securities and interest and other that could vary depending on gains or losses on the sale, exchange, change in the fair value or impairments of debt and equity investments; interest rates; cash balances; and changes in fair value of derivative instruments.

Intel’s results could be impacted by adverse economic, social, political and physical/infrastructure conditions in countries where Intel, its customers or its suppliers operate, including military conflict and other security risks, natural disasters, infrastructure disruptions, health concerns and fluctuations in currency exchange rates.

Intel’s results could be affected by the timing of closing of acquisitions and divestitures.

Intel’s results could be affected by adverse effects associated with product defects and errata (deviations from published specifications), and by litigation or regulatory matters involving intellectual property, stockholder, consumer, antitrust and other issues, such as the litigation and regulatory matters described in Intel’s SEC reports. An unfavorable ruling could include monetary damages or an injunction prohibiting us from manufacturing or selling one or more products, precluding particular business practices, impacting Intel’s ability to design its products, or requiring other remedies such as compulsory licensing of intellectual property.

A detailed discussion of these and other factors that could affect Intel’s results is included in Intel’s SEC filings, including the report on Form 10-Q for the fiscal quarter ended Sept. 25, 2010. Intel plans to report its earnings for the first quarter of 2011 on Tuesday, April 19, 2011. Immediately following the earnings report, the company plans to publish a commentary by Stacy J. Smith, vice president and chief financial officer at www.intc.com/results.cfm. A public webcast of Intel’s earnings conference call will follow at 2:30 p.m. PST at www.intc.com.

Intel, the Intel logo, and Intel Atom are trademarks of Intel Corporation in the United States and other countries.

* Other names and brands may be claimed as the property of others. 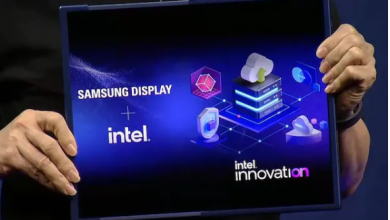 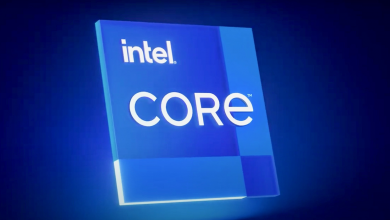 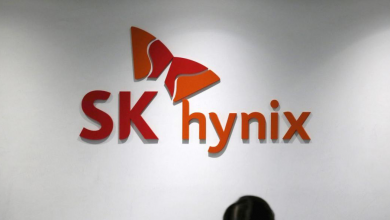 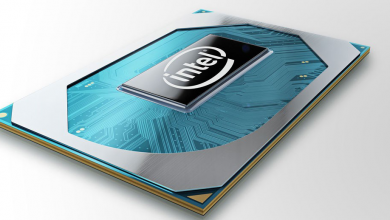 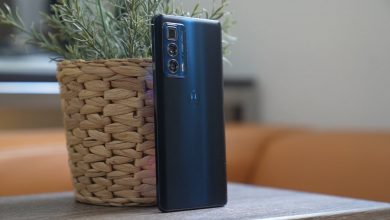 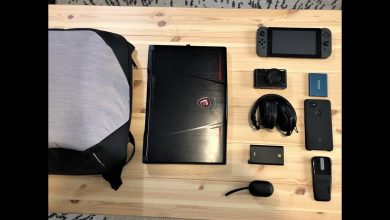 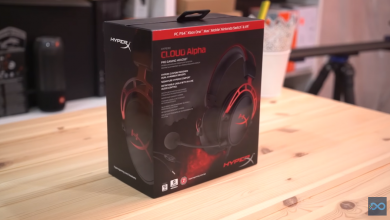 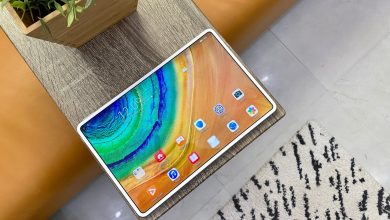 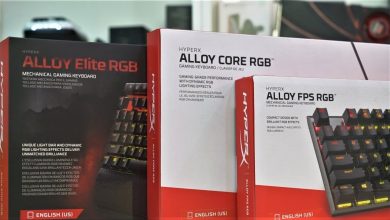 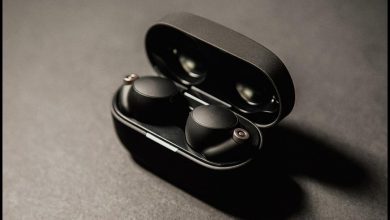